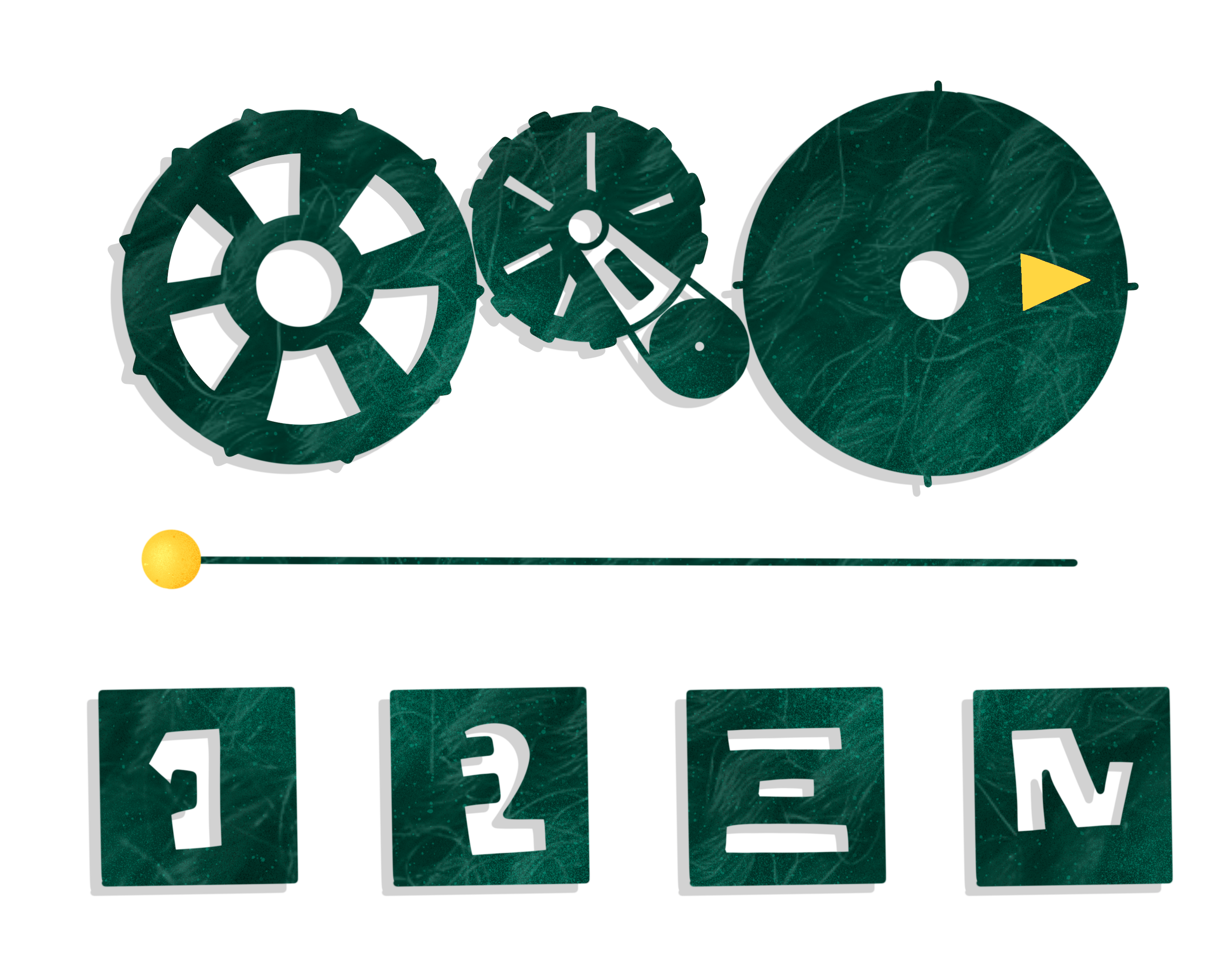 There is a well known African proverb, translated, “It takes a village to raise a child.” The Tribe set out to help working parents balance the stressors of raising a child and maintaining a full time job.

Working parents find themselves in need of help raising their kids. Given everything working parents must balance, there simply is not enough time to accomplish all of a day's calling.

Design a mobile-optimized web community platform that helps parents schedule transportation services. ​Longterm, The Tribe will serve as a single platform where parents can share childcare responsibilities in 3 ways:

My teammates and I, Laurie Grant and Julie Katsnelson, began our research by looking at existing services that provide similar support to parents and their children. We looked at what companies seemed to do well, what could be improved upon and how they conveyed trust and security. Here's what we found: 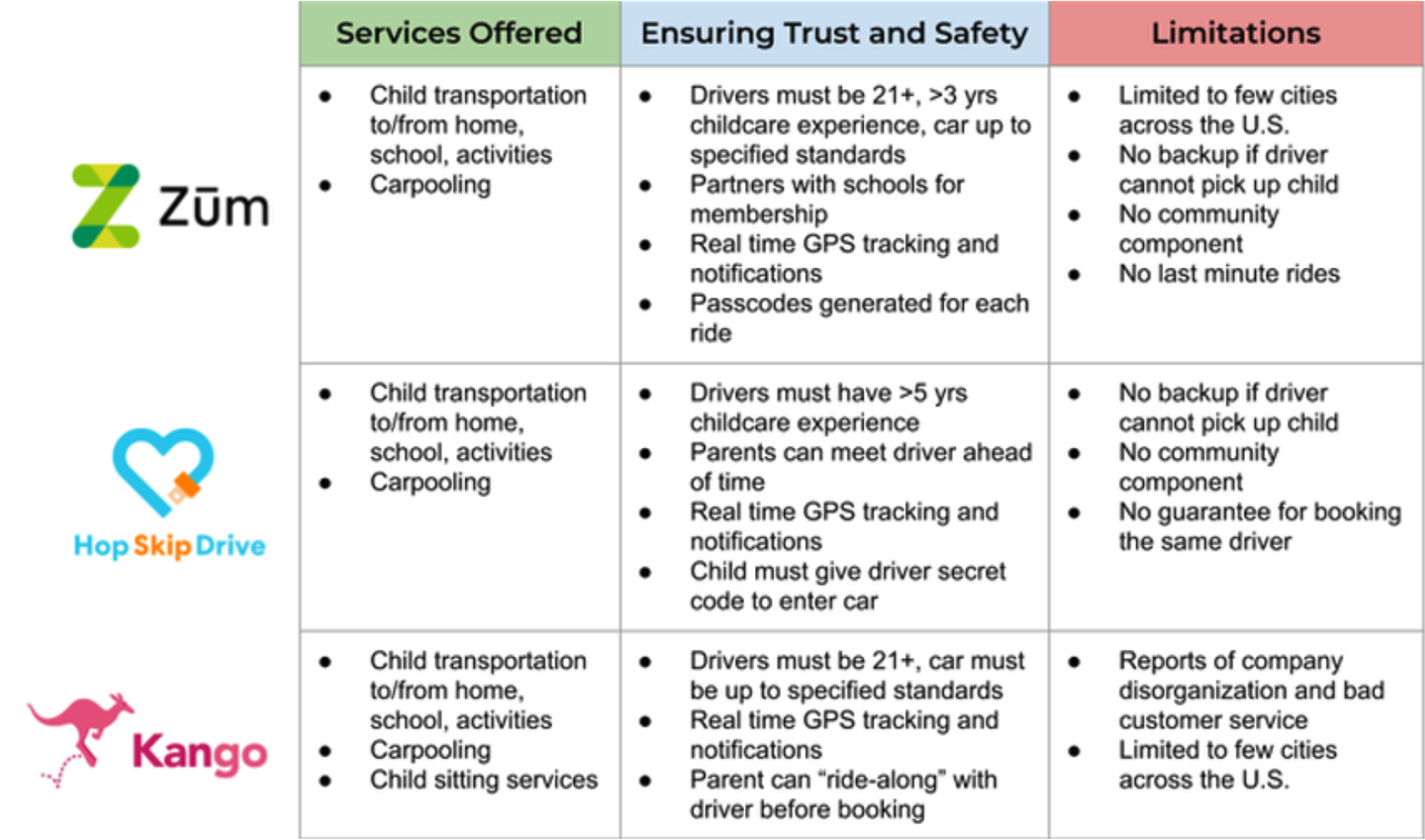 Since users of this application would be community based, users would be both working mothers needing help raising their child and stay at home mothers that could provide childcare and extra curricular activities.

We interviewed a total of 12 users, 7 stay at home parents and 5 working parents. We wanted to identify what the goal of each set of parents would be while using the app. From the interviews we gathered:​

In an effort to validate or invalidate our User Interviews, we created a short, 12 question survey and posted it to various Social Media pages including Reddit and a support group for mothers on Facebook called “Mommy Needs a Break.”​ We asked participants:

Users responded that while they had let a stranger babysit before due to desperation or emergency situations, they were rather unproductive, spending the whole time worried about the well-being of their child instead.

With a window of only two weeks, we identified which application development paths would be of most value initially for basic functionally and promotion of the app (highlighted in yellow). 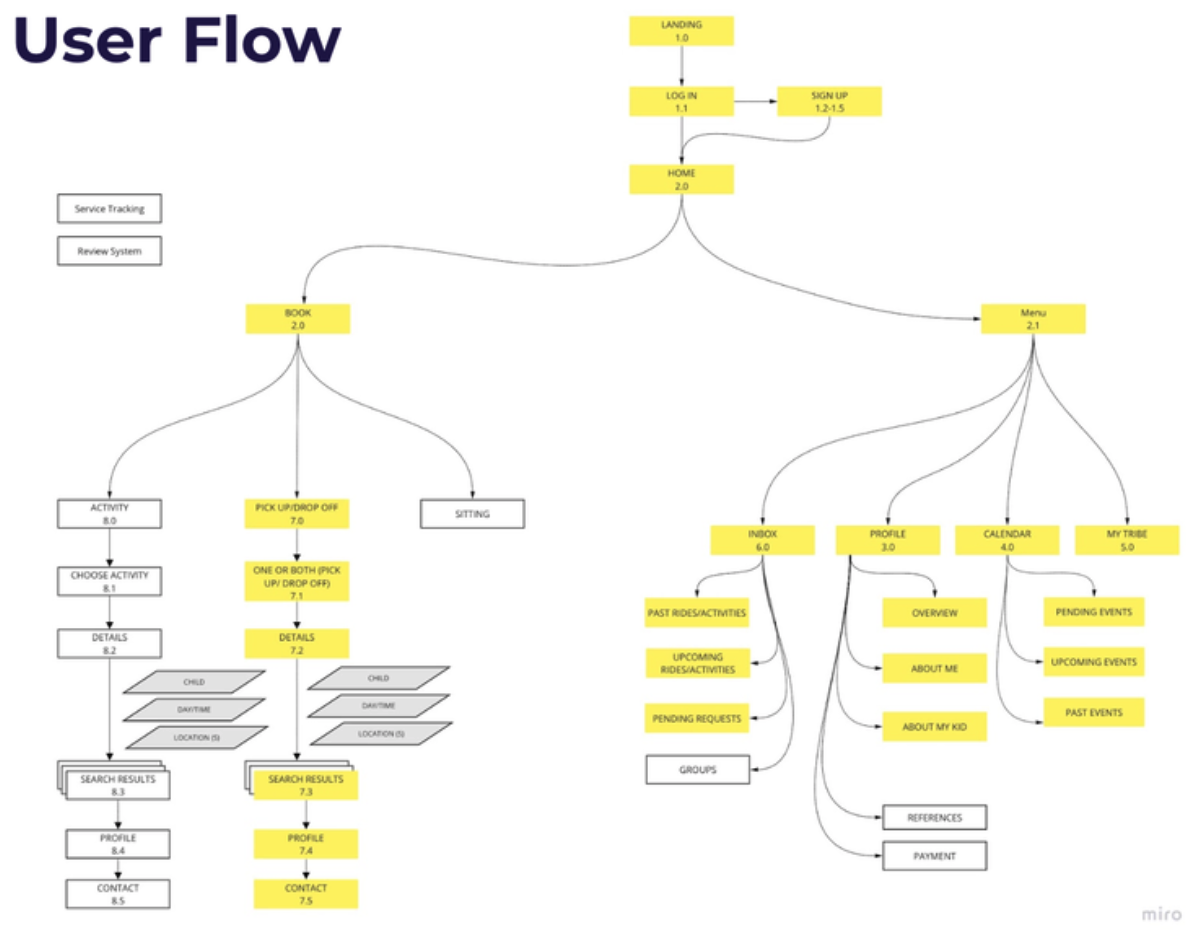 I created two personas, a stay at home mother and a working mother, to get a better feel for how our user would interact with the application. 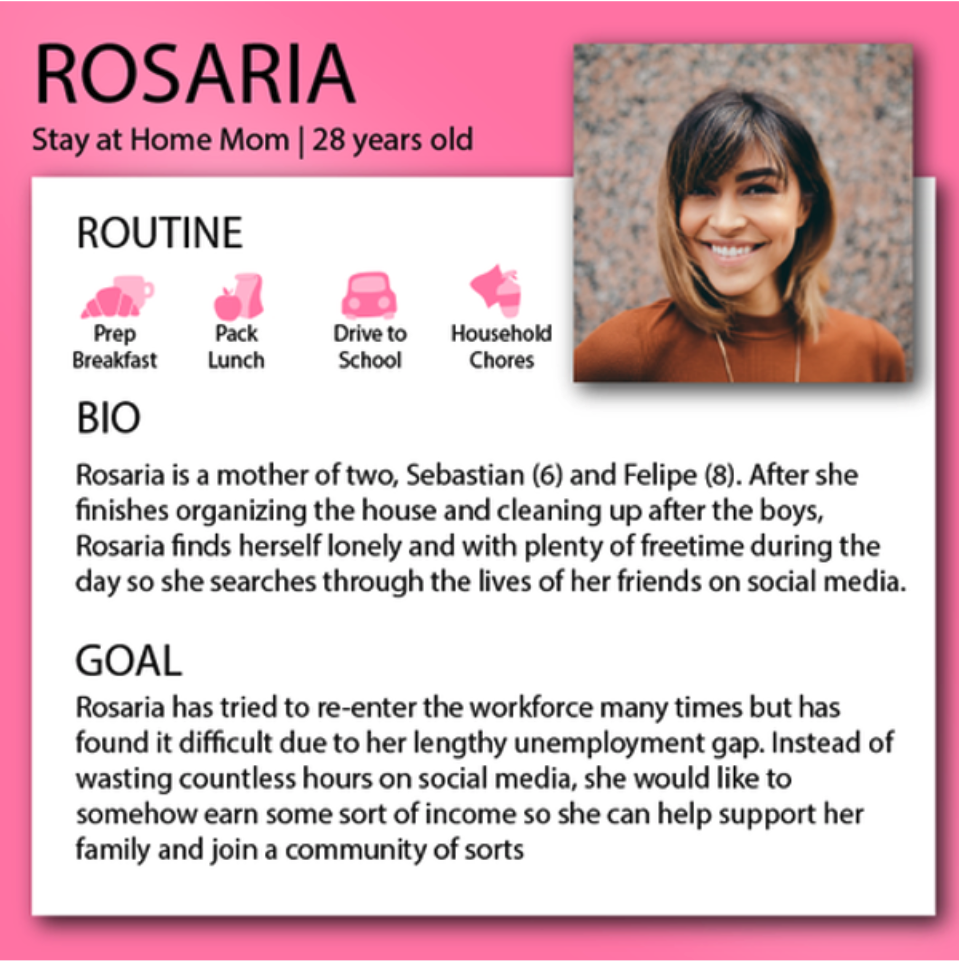 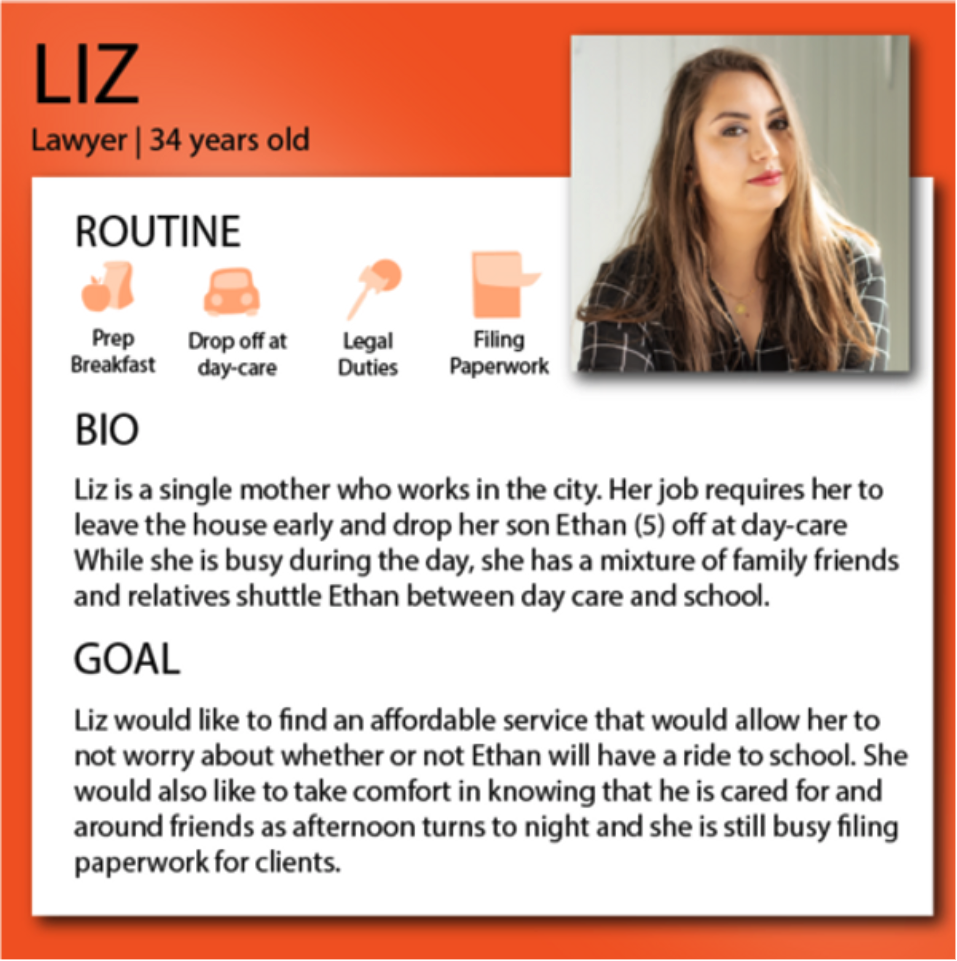 Two journey maps were created to clarify the emotions associated with trying to locate a babysitter at current state, and what we hope to achieve with The Tribe. 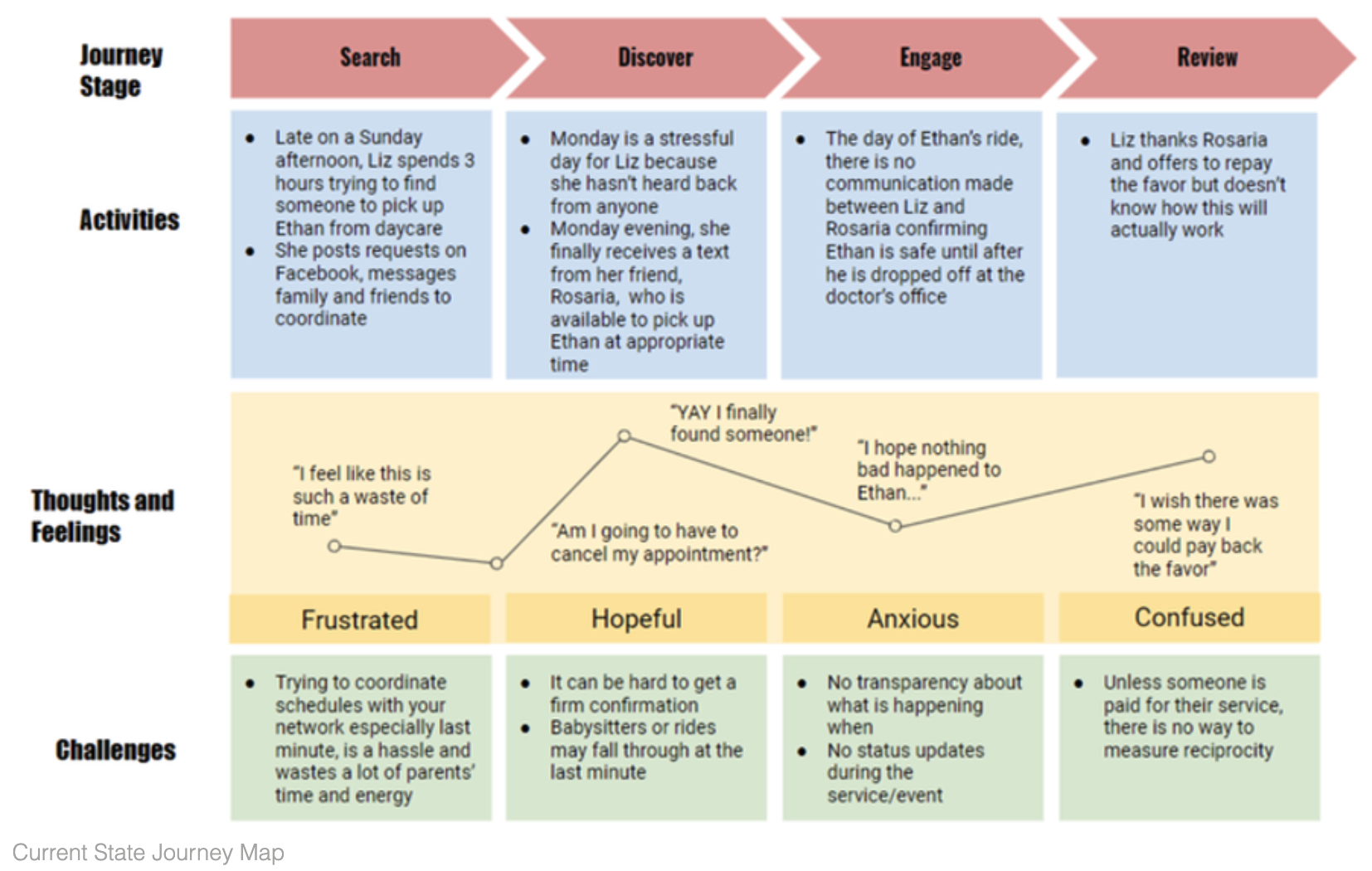 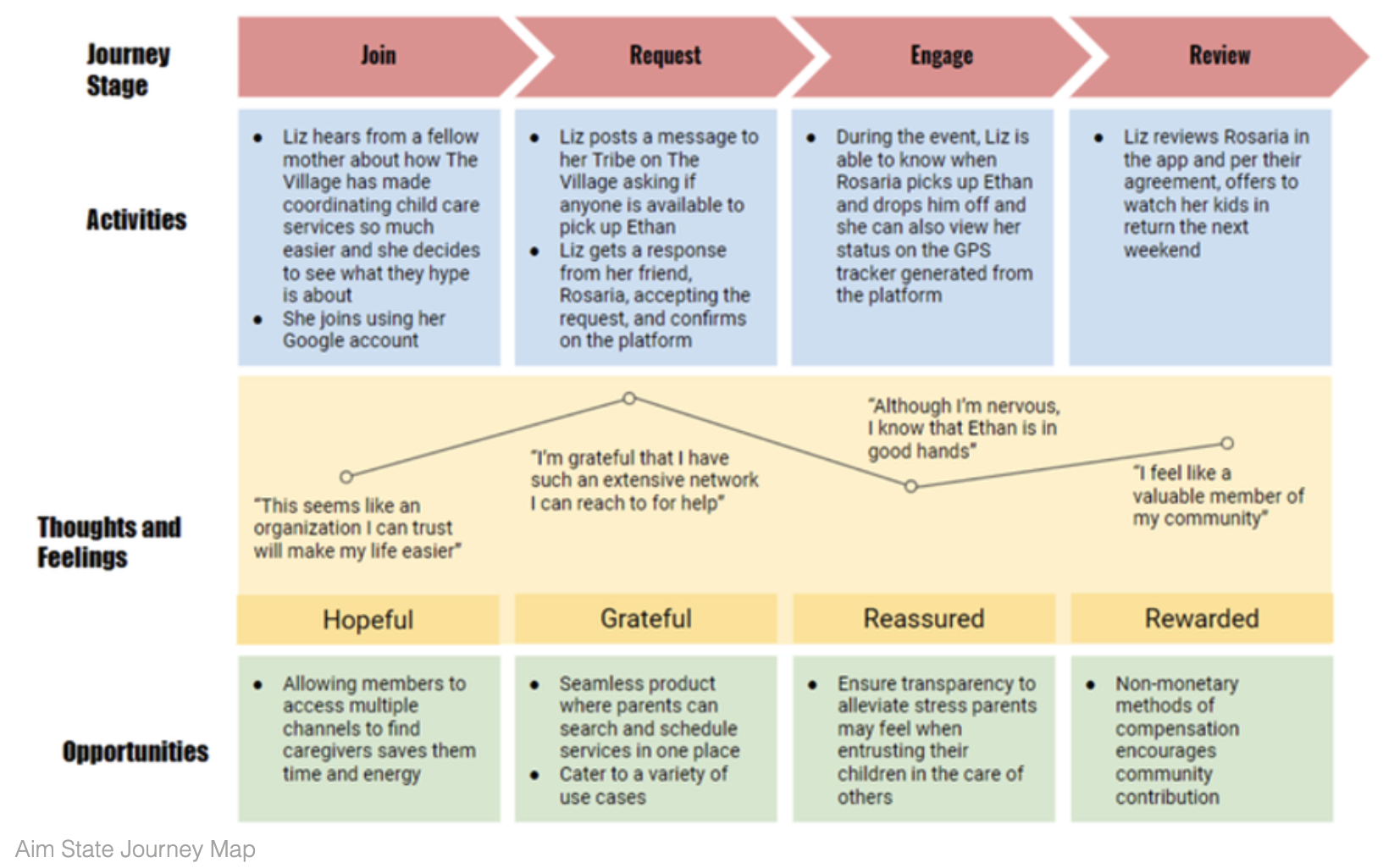 With a clearer understanding of the needs of our user, and the steps they would take through the app, we began making our first, low fidelity prototype after a few rounds of wireframing ideation.

We asked 12 users to test out our prototypes in order to assess the flow and usability of login/sign up process and going through the pickup/drop-off flow.​ We learned: that the overall feel of the site was a bit confusing. Users were not sure if the application was for childcare or more directed towards senior living. Users were also frustrated with the menu. While the three circle expansion of the top left kept the application fun and friendly, the aesthetic was outweighed by lack of functionality. 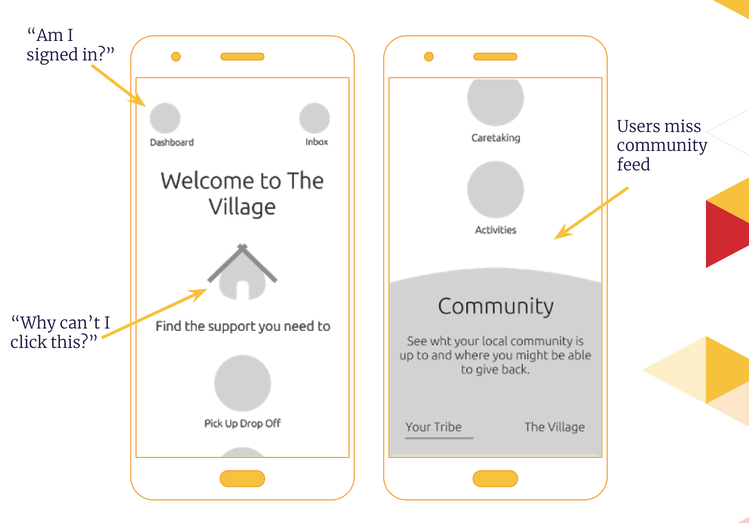 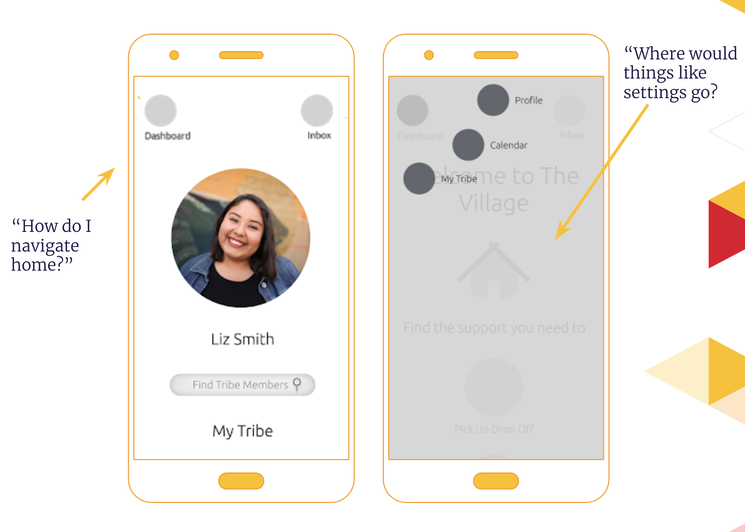 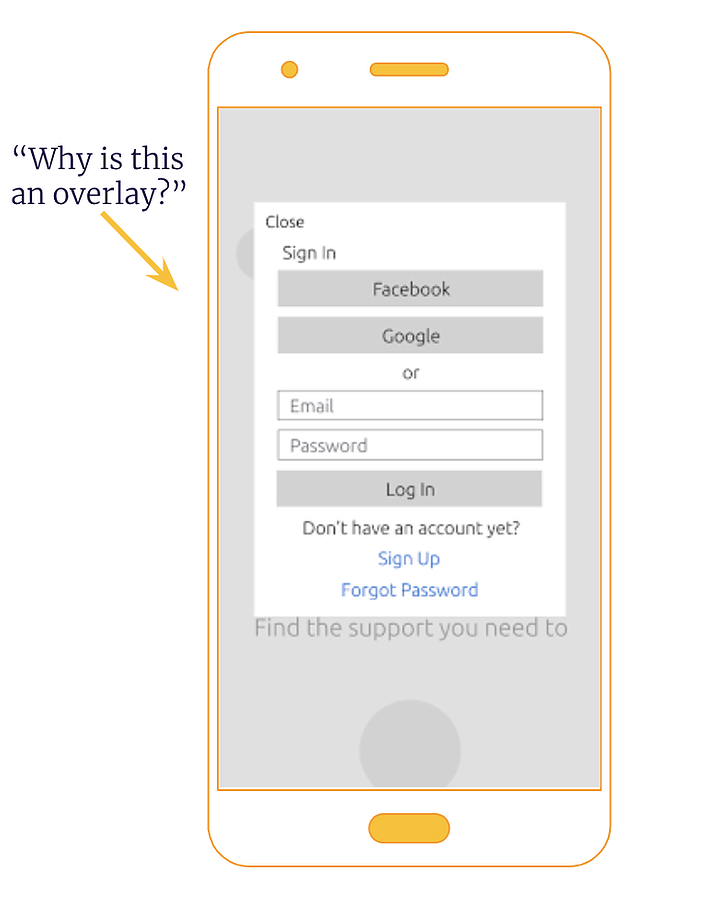 Taking the feedback from the first round of usability testing, we created a second, updated prototype addressing the previously mentioned issues. A hamburger style menu was added instead of the circle pop-outs. Information was added to the about section explaining more about the application. 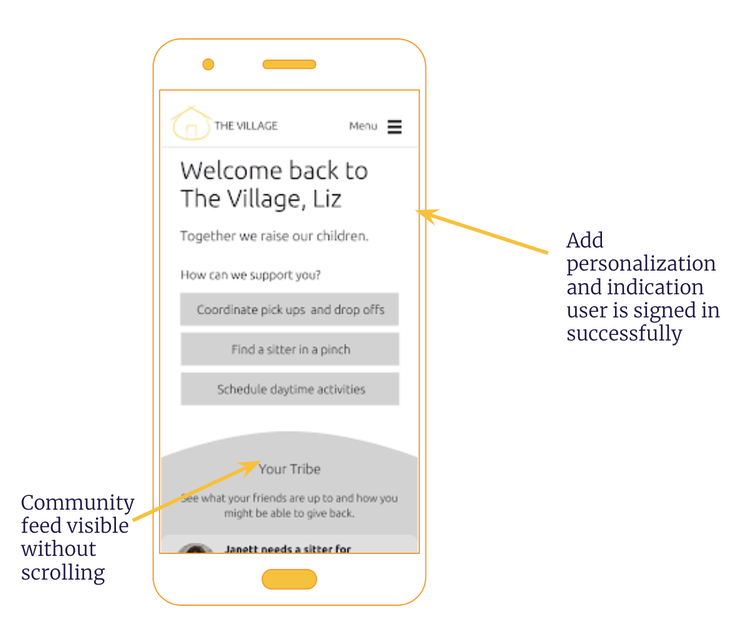 Solution: Community feed must be above the fold

A second round of usability testing was conducted, the prototype was refined, resulting in an interactive prototype. 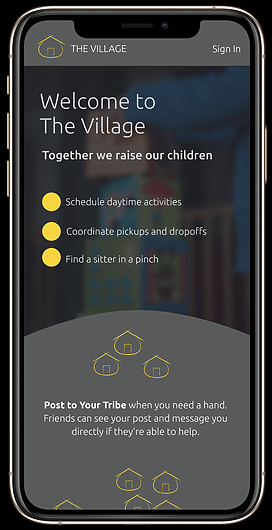 Parents are cautious of allowing strangers watch over their child. In order for this community to grow and develop, a sense of trust, security, and confidence must be conveyed at all times. Users also want to be able to give back to their community. Moving forward, there is interest in implementing: