“When I was a young adolescent, I used to really envy ants"

We’re comfortable with that idea that life originated from life. My father, had a father, who had a father, who had a father...and at some point in that chain, my great great great and so on grandfather….was an insectivore, and a mushroom, and a single celled organism….A singular cell that was the start of life on earth. There is no living thing here that does not share a relative at some point in the chain...And to go even further, all life in the universe originated from a single entity, be it biological, or if you’re open to the idea of abiogenesis, chemical, which originated from something, which originated from something, which goes all the way back to the beginning of existence itself. 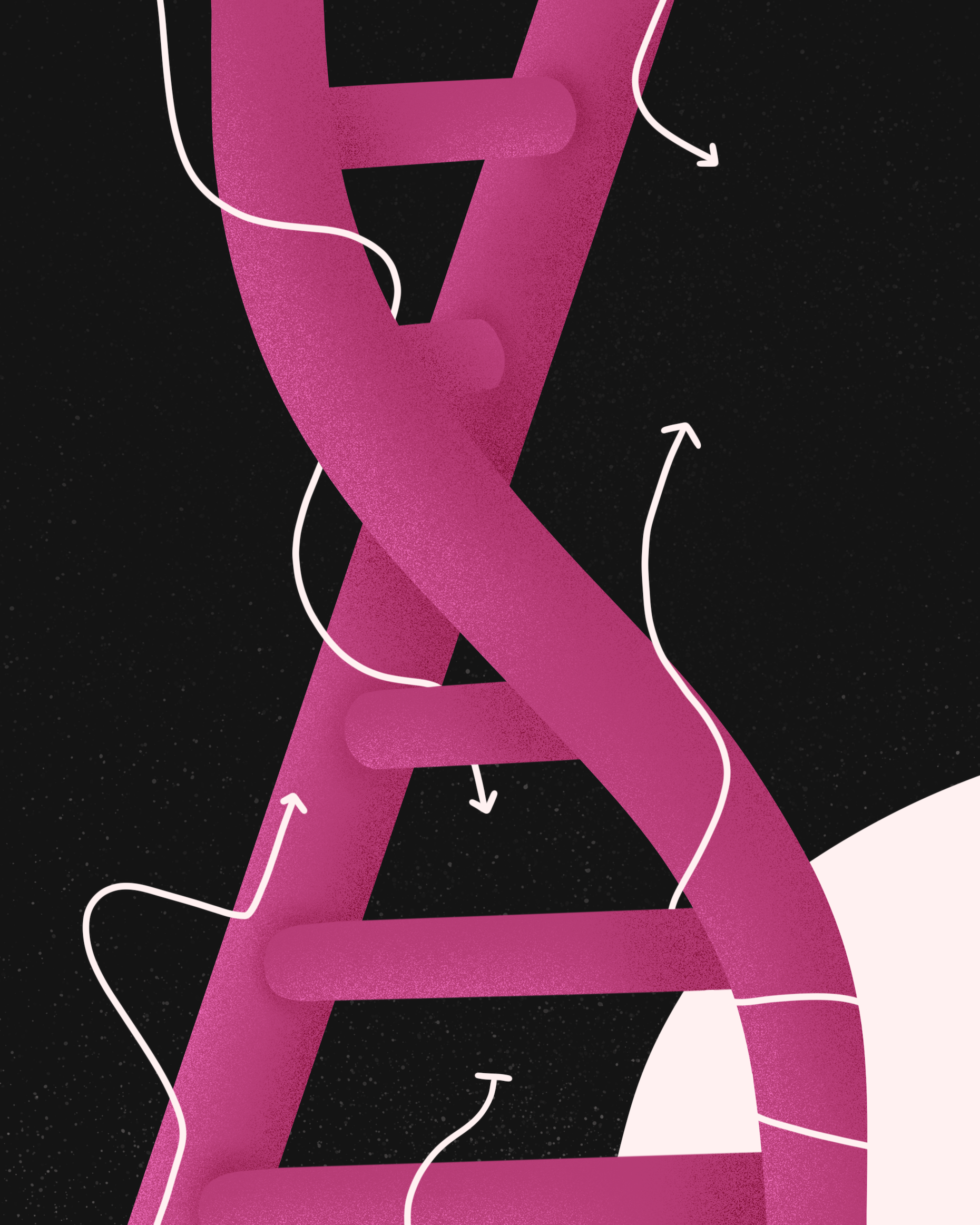 Which means, everything has the same great great grand….”parent” and everything is related. And with that logical step, bringing harm to another human, another ant, another plant, another anything, is hurting my relative, or, even more personally, hurting myself, since I am a part of the whole universe, not a separate entity from it. I am completely connected to it. If I could somehow not be 100% connected to the universe, I wouldn’t exist, in this universe or in this reality. But to take Descartes a step further, “I think, therefore I am the universe.” Every time I wake up from sleeping, an entire universe, an entire reality is created as my consciousness reattaches to this one.
Some people may try to convince you that, “they’re not like X or Y or they’re better than Z,” but by the mere fact that they exist, they are completely related to X AND Y AND Z. Every single thing you can sense (and even the things you can’t perceive) are connected. The fact that atoms are organized in such a way to make the molecules, cells, and organs that give you life makes you no better than the inanimate objects whose atoms are simply arranged in a different fashion. 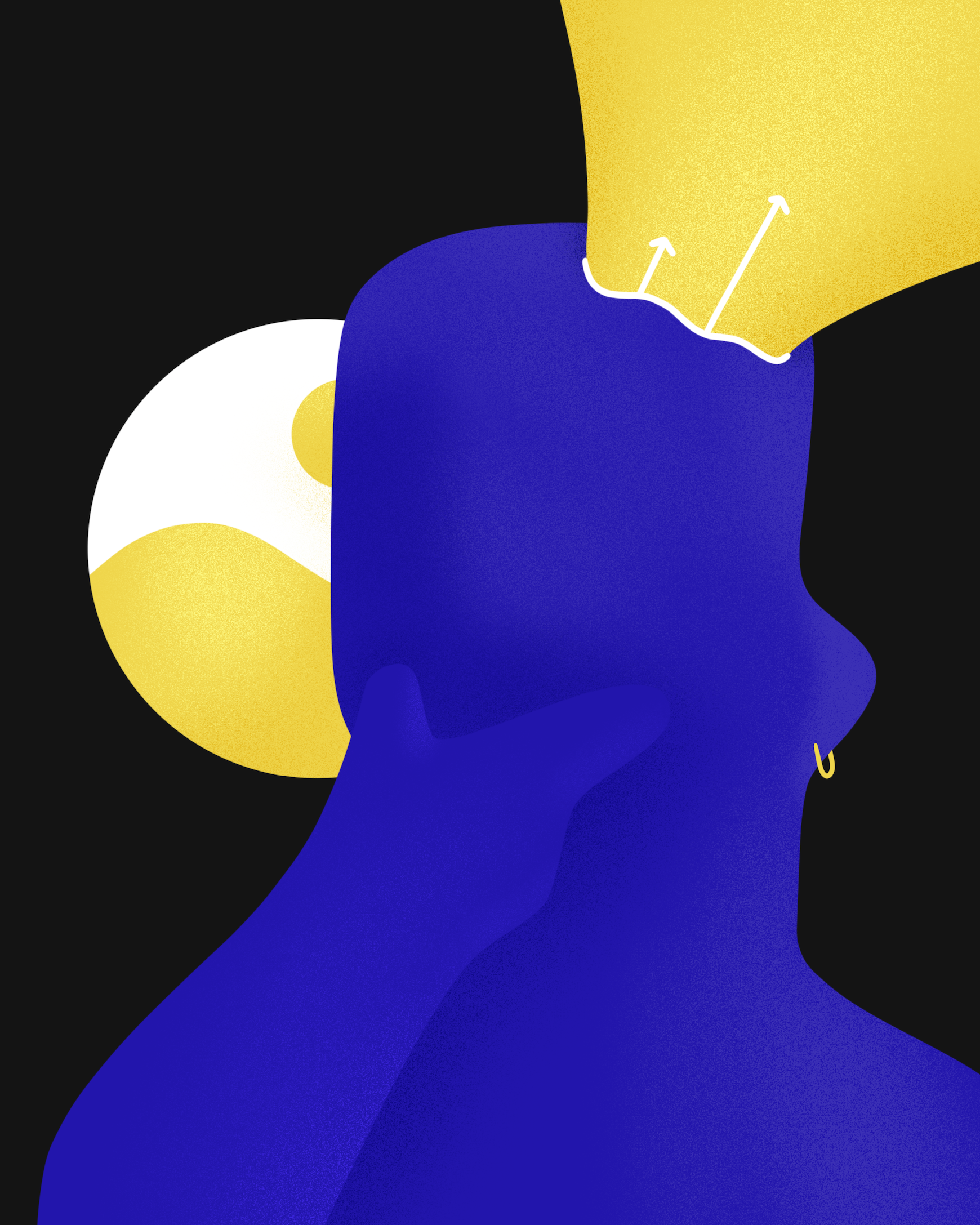 But it doesn't stop there. In the same sense that everything is related, everything IS related. And what I mean by that is, every perceivable action has a cause, or a reason for it happening. The fact that I’m taking the time to type this out is a result of me taking the time to read certain books, which I was open to reading because I had an educational experience that opened me up to reading, which was able to happen because my father had the wherewithal to find a good school, which happened because….and you could go ALL the way back to the any experience, and find “the cause.”
Every single action I take is because of some learned behavior, learned personality, learned response. It’s all based on the things I’ve accumulated in my mind. I didn’t ask for those things, and even if I had, it was because something prior had been introduced to me, had been taught to me. So every choice I make, is because of my past, which is due to my environment, which is due to all of their pasts, which...etc etc etc. And it may all seem random, the car accident, the pregnancy, the spam call, but it’s all based on behaviors of people, or the “chance meeting” of people (due to learned behaviors). And all of that, is based on what, the atoms that happened to be together, or the cells, or molecules, or so on and so on until you get to a human, who just happens to be next to another one on the train...but only because of all of the other interactions before. 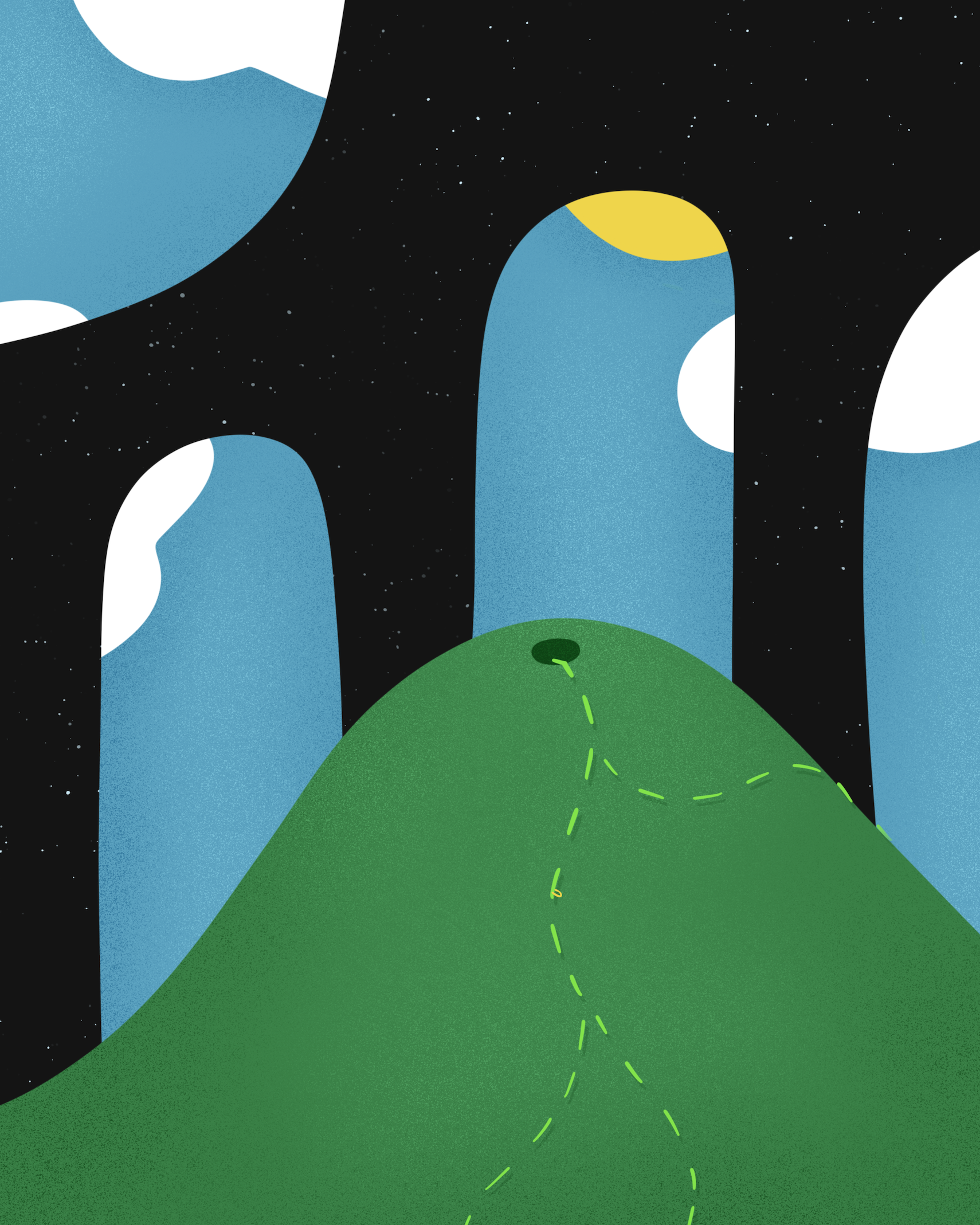 And what does that mean? Nothing, really, just that there’s no TRUE free will. Everything you do, whether you decided to finish reading this post or not, is based on a set of factors that either “ARE” you or occurred to you, or that were not in your control. They were forced upon you. And now you make choices based on this learned behavior, but it's not….you…. The same way we look down at an ant colony and marvel at the organization and the collective behavior, we too, are the ant hill at an increased scale. We are born, go through the stages of life, intake enough calories for our body, defend ourselves and our loved ones from harm, pass on our DNA, and then die.
It can be difficult to conceptualize at first, but we are, no different than that ant hill. Our language, our habits, our culture, feels NATURAL to us, it feels like it has more meaning to us than the anthill, but if you flip the perspective, WE ARE THE ANTHILL. We go about our days, live our lives, pass on our seed, for the survival of our species. Like ants, and even like plants, we are simply living through the will of the universe. And the only thing you can really do, in this life, is be present enough to watch the reel as it passes through you. That’s the beauty in life, to be present, and aware enough so that we, us, I, the universe, can enjoy the front row seat of this wonderful adventure. 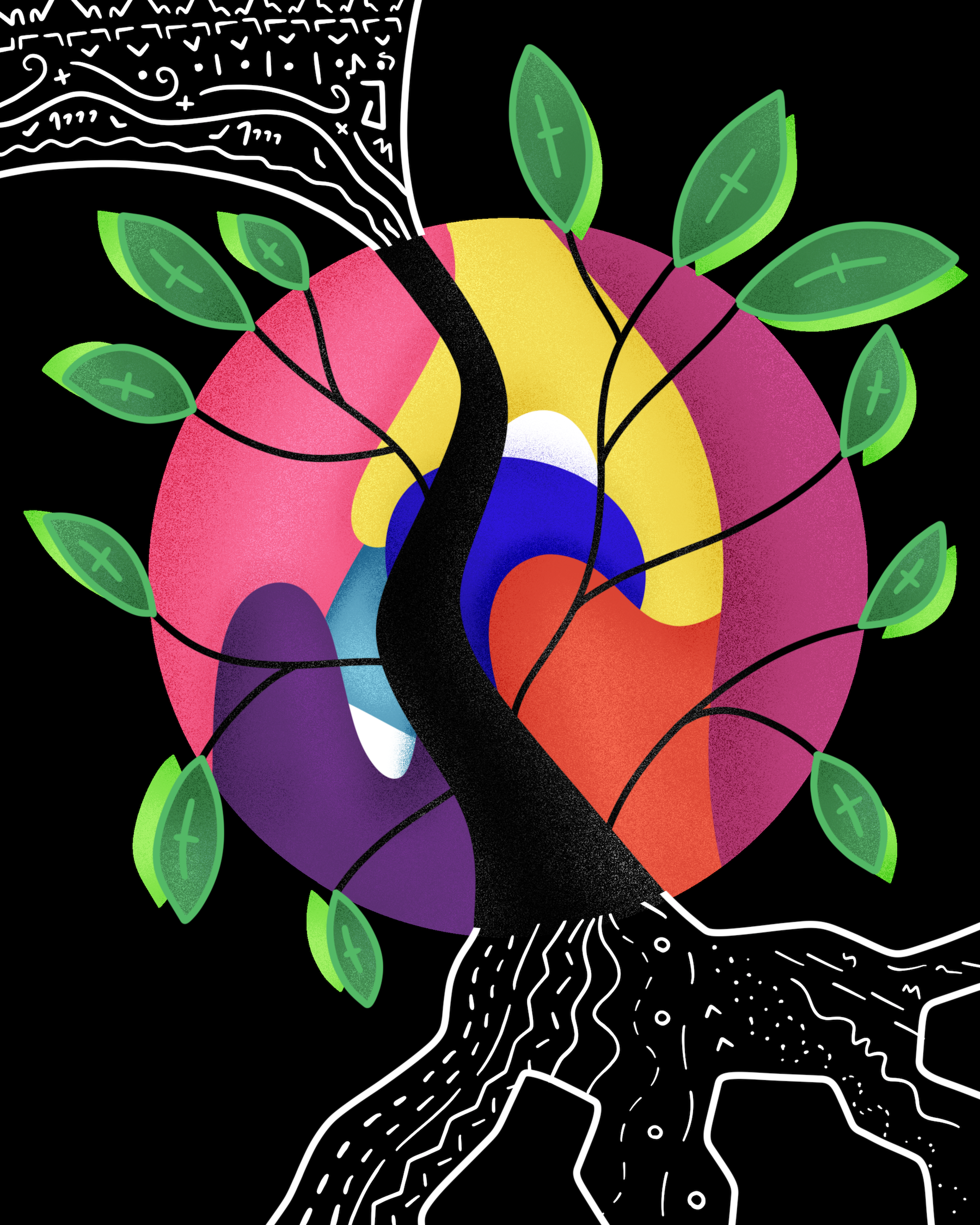 Our minds, specifically, our egos,  try to convince us that EVERYTHING else in life is more important. Money, status, job, spouse, what have you. But if you sit back and watch the movie, you’ll start to appreciate the absolute beauty of life. And it's not just the joyous moments, but also the pain, and the lessons we learn from it. The stillness, the colors, the warmth...
When I was a young adolescent, I used to really envy ants. I used to think, “man, you guys… You’re so lucky. You’re not conscious, you’re not aware, you just do what your body tells you to do. Me.. I gotta listen to what my body wants, then I have to check in with my head, then I have to ask my heart, and all the while I’m terribly fucking depressed, trying to figure out, why humans exist.” 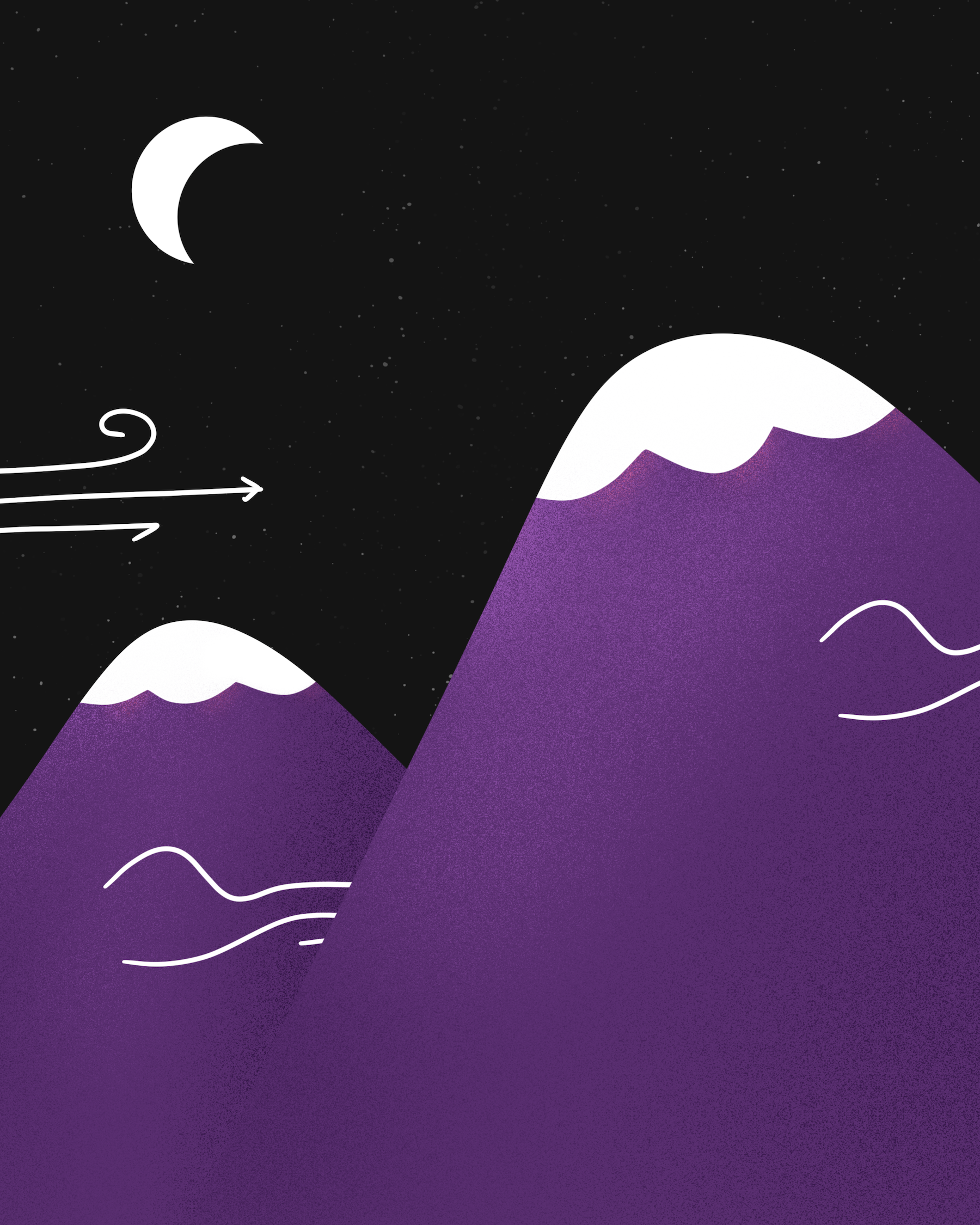 But if I had to do this over again, this being “life.” If I had to “re-do” life and you were to ask me, would I want to be put into this reality, with the power of consciousness or without...I couldn’t imagine spending any time on this earth and not knowing what the wind on the beach feels like. When a gust picks up and sprinkles sand into the side of your face. Or the feeling of swimming in the ocean at night. A sense of secrecy, vulnerability, fear, and adventure as you embrace your loved one in the water. I couldn’t imagine not knowing color, sound, happiness, even sadness. I couldn’t imagine existing and not realizing existence.
Life is certainly absurd. But I’ll be damned if it's not a beautiful absurdity.
TOP